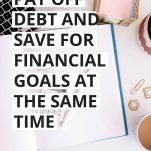 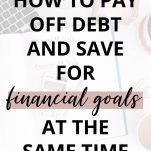 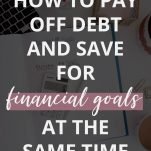 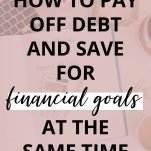 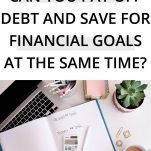 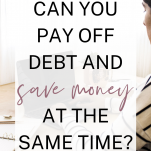 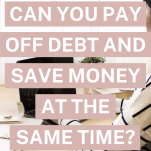 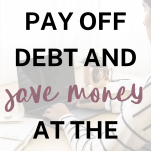 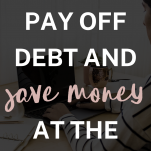 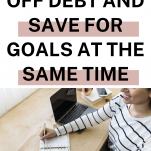 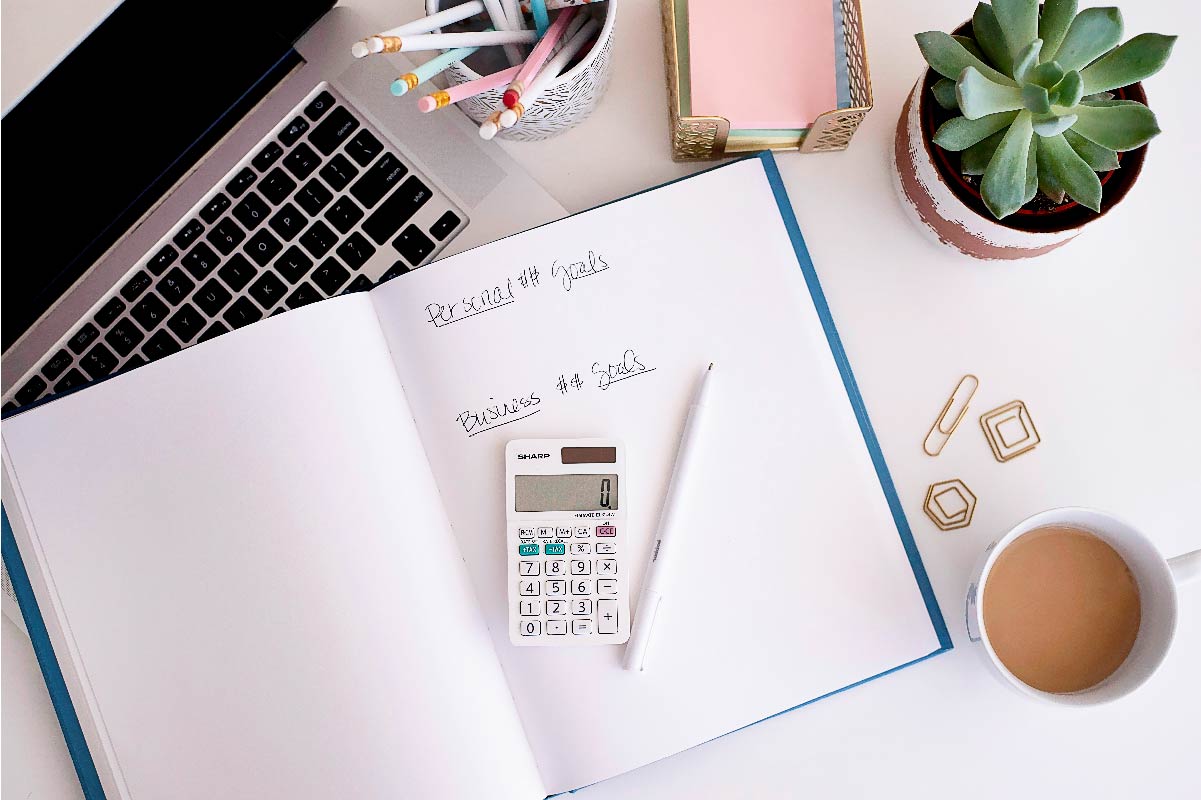 If you’ve been reading this blog or following me on social media, you might know that my husband and I have a combined six-figures of student debt. Since getting married in 2019, we’ve been on an aggressive debt pay-off plan and plan to pay it off in just a few years.

But you may also know that my husband and I also recently bought an RV and got rid of our apartment so that we could travel the United States full time.

So how do we rationalize spending money on other financial goals while paying off debt? And how did we get around the difficult decision many face of whether to pay off debt or save?

The good news is that you can do both! You can pay off debt early and still make room for other financial goals in your budget. There are a few things I recommend checking off the to-do list before saving for other goals, which we’ll cover later.

In this post, we’ll answer the question of whether you can save for financial goals while paying off debt and how to actually do it.

Can you pay off debt and save for financial goals at the same time?

Make a plan to pay off your debt

Before prioritizing any other financial goals, I recommend sitting down and crafting a solid plan to pay off your debt. This plan should include how much you’ll put toward debt each month and which debt you’ll pay off first. Once you know these details, you’ll know exactly when you’ll have your debt paid off.

I previously shared on this blog how we plan to pay off our six figures of debt.

Make sure to build your emergency fund first

Before saving for any other financial goals, your first priority should be to build an emergency fund. I wouldn’t put money toward other goals until you have this in place.

How much to save depends on several factors. While some personal finance experts recommend saving $1,000, I just don’t think that’s enough. If you unexpectedly lose your job, $1,000 likely isn’t enough to cover your bills for even one month.

I also know that saving that much before you start tackling your debt can be difficult, so I recommend starting with at least one month of savings before turning your attention to pay off debt or save.

I don’t generally advise that people put their lives on hold while paying off debt. The one exception: high-interest credit card debt.

Unlike most debts, the interest rates on credit cards can exceed 20%. I know first-hand just how quickly that interest adds up when you are only paying the minimum payment each month. If you have credit card debt, I recommend putting all of your extra money toward that until it’s gone.

Treat your goal like a line item in your budget

I know plenty of people who don’t think you should be spending money on other goals while paying off debt. But you’re already spending money on things. You’re probably paying for rent or a mortgage. You pay for groceries, insurance, the occasional night out, etc.

You’re able to spend money on these things because you make room for them in your budget. So when it comes to saving up for other financial goals, I recommend treating it just like any other line item in your budget. Just make sure it fits with your debt payoff plan!

Don’t take on any additional debt

I probably don’t need to tell you this, but don’t take on more debt while you’re paying off debt! The only exception might be taking out a mortgage, but we won’t get into that right now.

I know how easy it can be to tell yourself that since you already have credit card debt, putting a little more on your card won’t make a big difference. It’s time to change your thinking here.

I’m all for people going after goals such as vacations, weddings, or whatever it is you’re saving up for right now. But if you can’t afford to pay for these things in cash, don’t do them. Putting expenses on your credit card while paying off debt isn’t something I’d ever recommend.

In fact, only buying things you can afford to pay for in cash is just generally a good rule of thumb to follow, regardless of whether you already have debt.

Figure out where you can cut costs elsewhere

I firmly believe that people can pay off debt and save for other financial goals at the same time. But most of us don’t have an unlimited supply of money, meaning you’ll probably have to make cuts elsewhere.

Go through your budget and figure out where you can cut. For example, do you really need to be eating out for lunch every day? Could you pack a lunch instead? I generally recommend cutting things that aren’t really important to you, but that you spend money on for convenience or because you’re with other people who spend money on them.

You can also look at your financial goals and see where you can cut there. For example, could you take a more affordable vacation, or save for a downpayment on a smaller house?

Brandon and I were planning our wedding while paying off debt. We decided early on that a big, expensive wedding just wasn’t a priority for us. We saved a lot of money on our venue, the food, our alcohol, and decorations without having to sacrifice having a wedding day we loved.

I know how it can feel to be paying off a ton of debt and feel like you can’t spend money on yourself anymore. And while I’m all for making sacrifices to pay off debt faster, I also think there’s room for everything in moderation!

Whether it’s a vacation, a wedding, a downpayment on a home, or anything else, I firmly believe that you can make room for other goals in your budget while paying off debt.