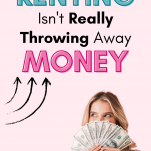 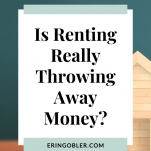 We need to talk. More specifically, we need to talk about one of the most common myths I see making its way around the personal finance world. That myth is:

“Renting is a waste of money.”

Multiple times per week, I hear from people who want to buy a home because they’re worried they’re throwing away money by renting. Maybe they heard this from their parents, or maybe it was strangers on the internet.

But wherever they heard it, they made a major financial decision based on other people’s decisions rather than what’s actually best for their situation.

In this article, I want to clear up that misconception by showing you how renting is definitely not throwing away money. 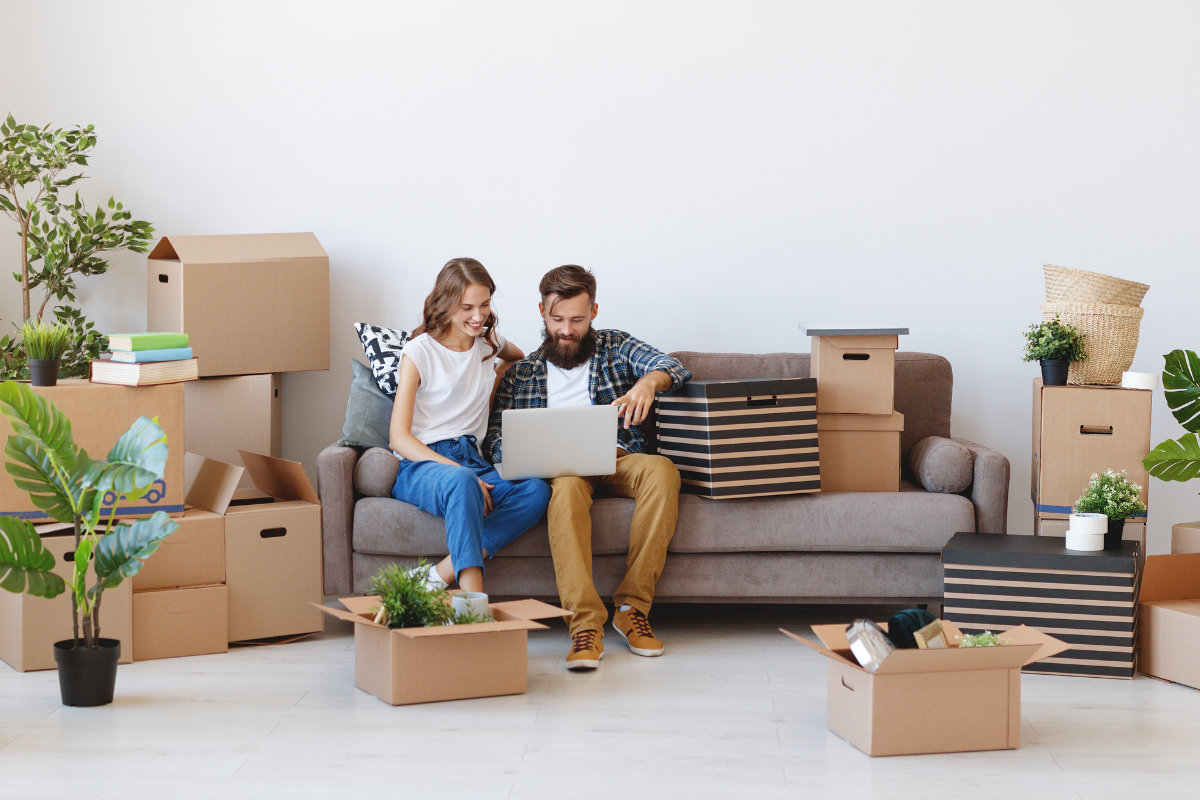 Why people say that renting is a waste of money

Before I talk about why renting is definitely not throwing away money, let’s cover the reasons why people think this is the case. Because in the interest of full disclosure, there are some benefits of homeownership that have made it so popular.

1. YOUR MORTGAGE BUILDS EQUITY IN YOUR HOME

Every month when you pay your mortgage, a portion of your payment goes toward your principal (meaning the amount you initially borrowed).

Your equity is the difference between your home’s value and the principal you still owe on your mortgage. And so, as you pay down your principal, your equity in the home increases.

The real estate market may ebb and flow, but just like the stock market, home values generally increase over time. As a result, many homeowners are able to sell their homes for more than they paid for them, resulting in a capital gain.

I’m not going to argue the validity of either of these statements. It’s absolutely true that paying your mortgage builds equity in your home and that your home’s value is likely to rise over the years. But in the next couple of sections, we’ll talk about why those things don’t matter as much as you might think.

The return on investment of homeownership

Depending on your investing experience, you might think 5.5% sounds pretty good. But what about when you compare it to other investments?

According to the Securities and Exchange Commission, the stock market sees an average annual return of about 10% per year. That’s nearly twice as much as the increase in the value of a home. And stocks don’t come with the maintenance costs required of homeownership, as we’ll discuss later.

SO, JUST HOW DIFFERENT ARE THOSE PERCENTAGES?

It’s also important to note that the amount you pay for a house is far from the only investment you make into it. When you account for all the other expenses, it’s likely your returns from the increase in value are completely wiped out.

Let’s do the math: Renting vs. buying

It’s easy to think you’re throwing away money by renting because the money you pay each month doesn’t build equity in your home. But let’s look at an example that might change your mind.

Closing costs aren’t an ongoing expense of homeownership, but they make up a substantial cost in the first year. Closing costs run between 1% and 3% of the home’s purchase price. For a home priced at $335,000, your closing costs would be $3,350.

Note: I found these numbers using Bankrate’s mortgage amortization calculator for a mortgage of $335,000 and an interest rate of 3.5%.

Next, let’s talk about property taxes. Rates vary depending on where you live. But according to the U.S. Census Bureau, the average household spends about $2,471 on property taxes each year. We’ll use that for the purposes of this example.

Finally, let’s talk about home maintenance. As a homeowner, you’re responsible for any repairs that need to be done. There’s no more landlord to call.

Unfortunately, it’s impossible to predict how much you’ll spend on maintenance each year. However, experts recommend planning for about 1% of the cost of your home. On your $335,000 home, you could expect to spend $3,335.

RENTING VS. BUYING: WHAT’S THE VERDICT?

People like to argue that renting is throwing away money. But as you can see, there are many expenses of homeownership that don’t build your equity in the home. Let’s compare how much money you throw away renting versus in your first year of homeownership.

As you can see, you “throw away” significantly more in your first year of homeownership than you would be renting. And sure, closing costs are a one-time cost rather than an ongoing one. But even if you eliminate that cost, you still throw away more money per year owning a home than you do renting.

None of this is to say that you can’t make money from real estate investing. In fact, It’s important real estate can be incredibly profitable. But your primary home is not an investment property.

When you purchase an investment property, the increasing home value isn’t really where you make your money. You make your money by renting out the property and bringing in passive income each month.

In other cases, you can make money by flipping homes, where you buy a home, renovate it, and then it for a significant profit. Neither of these situations applies to your home.

Is renting better than buying?

You might be reading this article and thinking that I’m saying homeownership is a bad idea or a waste of money. But that’s not remotely true. In fact, my husband and I are saving for a home right now.

We want to own a home because we love our community, and we want to become a more permanent part of it. We want a space that’s truly ours. We want a yard where our dog can run around and where we can entertain friends.

Edit: Since I originally wrote this post, my husband and I bought a home. Buying comes with a huge price tag and lots of responsibility, but we’ve found it worth it, even without the financial gain.

We’ve all heard the financial myth that renting is throwing away money. And while there are many great reasons to own a home, thinking that you’re saving money isn’t one of them. In fact, as we figured out above, you actually throw away a lot more money by owning a home.

The good news is that you can make the right choice for yourself, regardless of what your parents or society has told you.