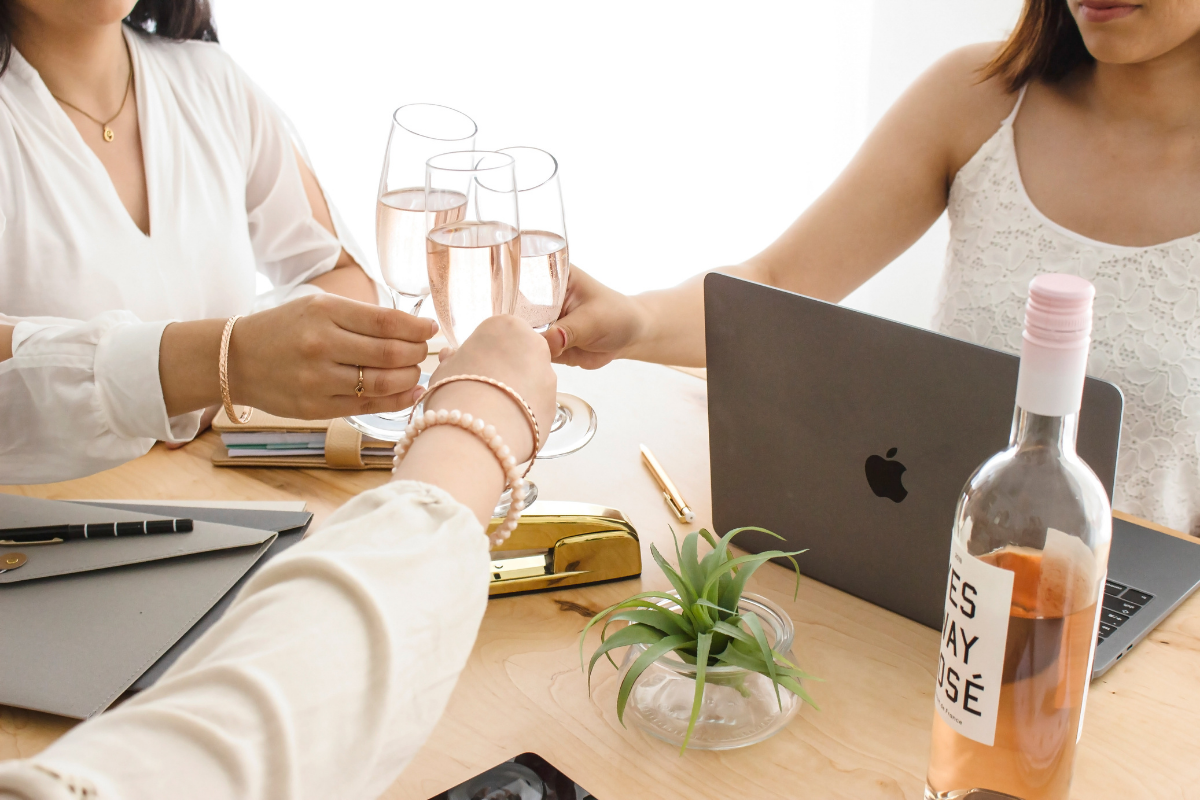 You wanna know one of the most common complaints I hear from money coaching clients?

“I can’t help but look at my friends and feel like they’re doing better than I am.”

People tend to feel that their friends are making more money, don’t have as much debt, or aren’t facing the same financial hurdles they are.

And so they spend hours stuck in comparison, feeling jealous that they don’t have as much money, or feeling less than for not being in a better place.

All this comparison does is hold you back from reaching your goals and make you feel resentful when you don’t need to.

Because here’s the thing: those people you’re comparing yourself to financially are comparing themselves to someone else — maybe even you.

In this article, I’m sharing why you need to stop comparing your finances to other people’s, and how you can finally do that.

How to Stop Comparing Yourself to Others Financially

You’re only seeing the highlight reel

When was the last time you posted something on social media about your financial struggles, the fight you had with your partner, or the bad day you had at work?

I’m guessing it’s not likely. People don’t tend to share the hard stuff on their social media pages. Instead, they share the highlight reels. They share their absolute best days and favorite moments.

And from those moments, you have no idea what someone’s life really looks like.

It’s easy to look at someone who just went on your dream vacation and feel jealous that they could afford it and you can’t. But what you might not see is that they put the whole thing on a credit card and it will take them years to pay it off.

This is just one example, but it shows you that what someone posts on social media isn’t really a good indication of what’s going on behind the scenes.

Comparison slows your own progress

Have you ever noticed how all-consuming it can be to compare yourself to others?

You notice that your peers aren’t struggling with the same student loan debt you are, and you spend all of your time thinking about it.

Meanwhile, you aren’t spending time thinking about how to achieve your goals faster. So instead of helping get you to where you want to be, that comparison trap actually holds you back.

Unless you have a very good reason for comparison (i.e. comparing your salary to others in your industry to make sure you’re being fairly compensated), it’s actually hurting you.

Comparing your finances to other people’s can get really expensive really quick.

A survey from 2019 found that 48% of millennials had spent money they didn’t have and gone into debt to keep up with their friends.

Maybe you look at your friend and think, “I’m not sure I can afford this girl’s trip, but she makes about the same amount I do. So I guess if she can afford it, so can I.”

And she’s looking back at you and thinking the exact. same. Thing.

Next time a friend suggests something that’s a little outside of your price range, ask if you can do a budget alternative instead. Instead of hitting happy hour for wine and charcuterie, ask if you can do a DIY version at your place. I’m willing to bet that other people would rather do the same thing.

Your priorities aren’t the same as everyone else’s

It’s easy to feel jealous or resentful that you can’t afford the same things as everyone else. But have you ever really stopped to ask yourself if you want those same things?

I used to feel jealous about people who could splurge on makeup and clothing. And at times I went over budget to have them for myself.

But when I really thought about it, I realized that wasn’t me. I wear basically the same outfit every day, and I rarely wear makeup. When I do, the drugstore stuff is just fine.

Another thing to consider is that their priority might be short-term satisfaction, while yours is long-term security and happiness.

Sure, you could afford to go on more vacations or have a more expensive car payment. But at what cost?

Spending more money on those things might hold you back from your long-term goals of retiring early, buying your dream home, or starting a business.

Everyone has their own battles

Everyone has their own battles. Yours might be financial, and someone else’s may not.

But the person you’re feeling jealous of might be facing something that you have no idea about, whether it’s an unhappy relationship, an illness in the family, or something else altogether. In fact, they might be looking at your life and feeling jealous because you aren’t dealing with the same struggle.

How to stop comparing your finances

It’s not easy to stop comparing yourself to others, especially when we see so much of other people’s lives on social media. But with a little work and practice, you can change your mindset and stop falling into that comparison trap.

Put your goals front and center

If you want to change your financial situation, put your goals front and center. You can do this by:

Change your mindset around money

How does money make you feel?

For many people, the answer is anxious, angry, stressed, resentful, depressed, and so much more. And it’s easy to feel that way when you think about all the things going wrong, or all the financial struggles holding you back.

But what if you changed the way you thought about money?

For example, let’s say you’re working on paying off debt. And each month when you make that debt payment, you feel all sorts of negative feelings.

You feel angry at past you for getting into debt in the first place. You feel resentful at the system where college is so expensive and people have to go into debt to get a degree. You feel embarrassed for letting your debt situation get so out of control.

But what if you decided to think something else?

Rather than focusing on the things your debt doesn’t allow you to do, think about the things it did. Instead of focusing on how your student loan payment sucks, think about how that debt allowed you to attend your dream school that you never would have been able to pay for with cash.

Think about how your credit card debt, while perhaps ill-advised, allowed you to go on the best vacation you’ve ever had or leave an abusive relationship.

Think about how your last car broke down unexpectedly, and you’re so grateful you were able to get a loan to buy a new one.

It’s not going to be easy to change these thoughts. You’re actually going to have to work at it. But if you continue to remind yourself of these thoughts each time the negative ones come up, you can finally start to change your mindset around money.

Practice gratitude for what you have

Listen, I know that just about every self-improvement article you’ll ever read is going to tell you to practice gratitude, but there’s a good reason for that.

Especially when it comes to your finances, showing gratitude for the things you already have is one of the best ways to reduce comparison and feel really happy with where you are.

It’s easy to feel frustrated or resentful about the six-figures of student loan debt my husband and I had when we got married. And it’s really easy to look at the people in our lives who aren’t struggling with the same thing and feel a bit jealous.

But when I really pay attention to the great things in my life, I’m not jealous at all.

I have an amazing husband, a dog who we love, and we get to travel the country in our RV. Debt or no debt, I wouldn’t trade my life for anyone else’s.

I find that social media is one of the biggest culprits when it comes to comparison.

When you see others posting their highlight reels online, it’s easy to wonder why they seem to be doing better than you. Maybe they’ve gone on an amazing trip, have a wardrobe that’s out of your price range, or are buying a house when you can barely afford your student loan bill.

If you didn’t see those things on social media, you wouldn’t know most of them are happening. I’m all for keeping up with close friends and family on social media. But do you really need to know what the people you went to high school with are spending their money on?

I certainly don’t expect you to fully give up social media. But you can either unfriend or unfollow people who are just causing you to compare, or you can simply spend less time on social media. It could do wonders for your mental health.

Comparison is one of the worst feelings because it constantly makes you feel as if you’re doing something wrong or aren’t enough. But it’s not true.

By overcoming that comparison trap, you’ll have more time and energy to focus on your own finances, and you’ll reach your goals that much faster. 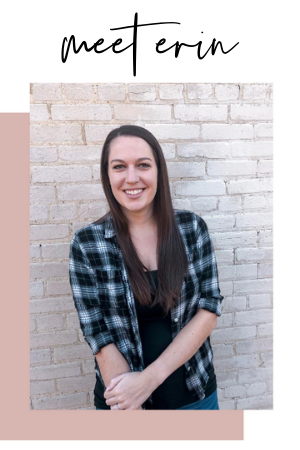 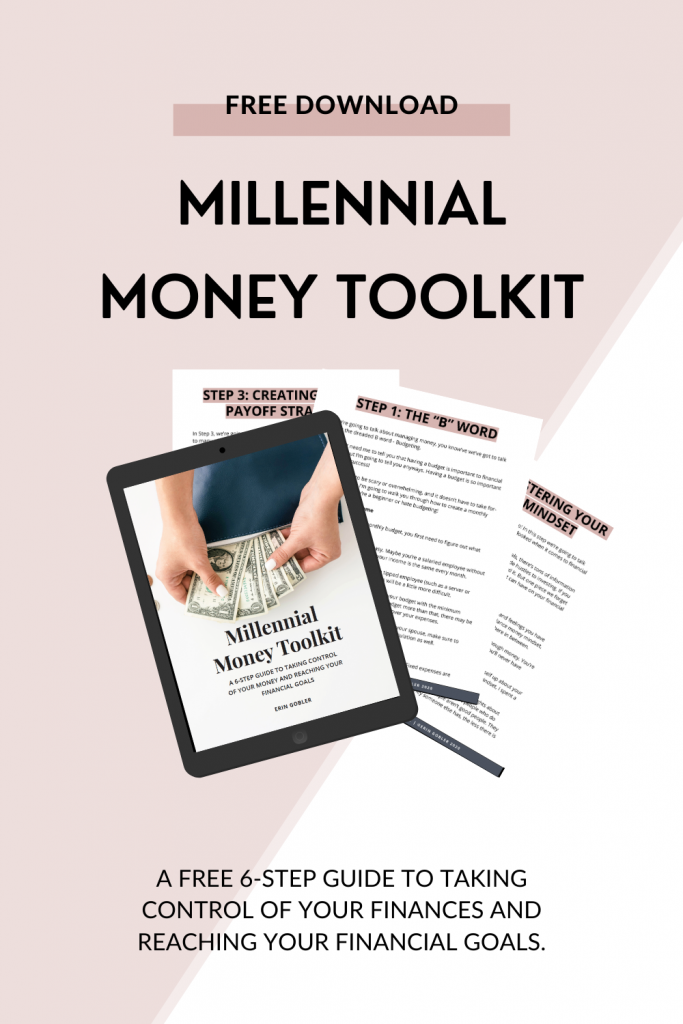