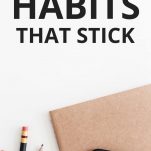 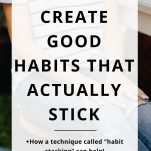 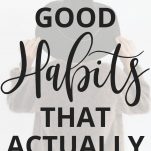 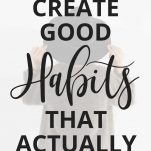 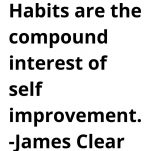 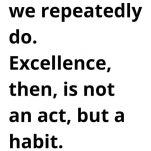 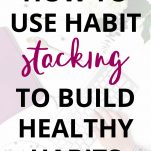 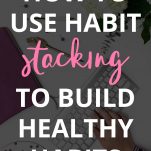 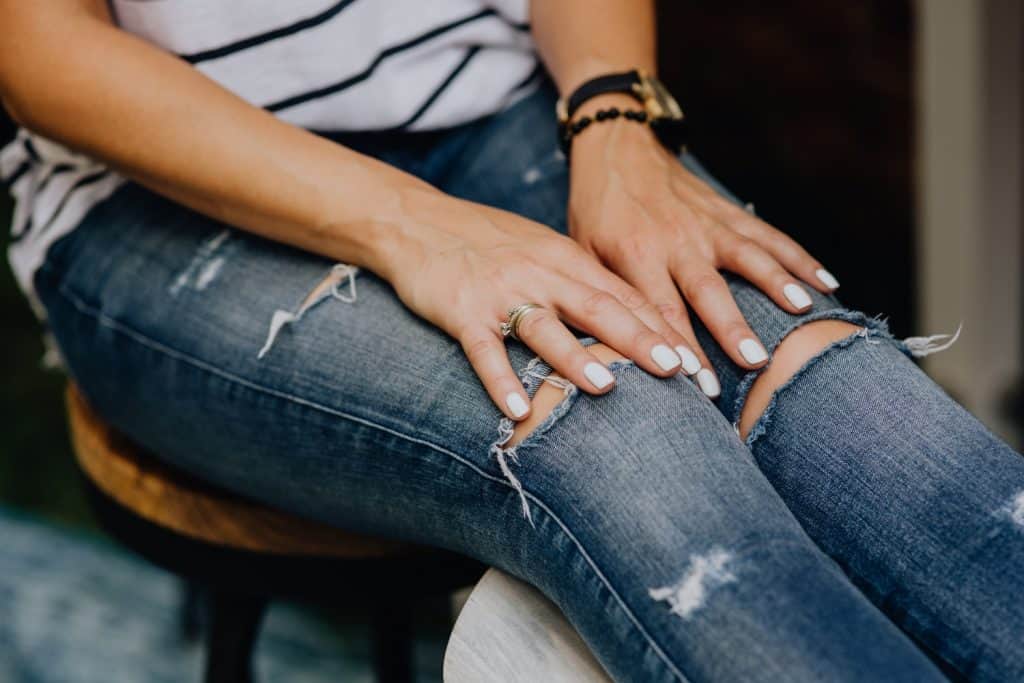 Whether you realize it or not, many of the actions you take throughout the day are done out of habit. This includes things from brushing your teeth, checking your email first thing in the morning, and the time you go to bed at night.

And if you’ve ever tried changing or creating habits, you know that habits are TOUGH to change. Because of this, there has been a LOT of research into habits and the role they play in our lives.

One of the habit creation strategies that has come up is the idea of “habit stacking”.

In this post, I’m going to explain what habits stacking is, and how you can use it to develop good habits in your own life.

Habit Stacking: How to Create Good Habits That Actually Stick

What is Habit Stacking?

Habit stacking is pretty much exactly what it sounds like.

It’s about creating new, healthy habits by stacking them on habits you already have.

I first read about the idea of habit stacking in the book Atomic Habits by James Clear.

James Clear is one of the more well-known habit experts. He explains that because your current habits are already ingrained into your brain, it’s easier to use them to create new habits.

By linking your new habits to existing ones, they’re more likely to stick.

And when you’ve mastered one habit, you can continue to stack on new habits.

This is how routines are created!

Think about your morning routine. It’s essentially just a bunch of habits stacked on top of one another.

In order for habit stacking to work, you need to find the right existing habit to stack your new habit on. There are a few things to keep in mind when you’re choosing your habit trigger.

Next, make sure your habit trigger is a habit you actually do every single day.

It wouldn’t do me any good to anchor a new habit to those things I only do on some days!

Make yourself a list of all of your existing habits during the time of day you want your new habit to be, and you’ll have narrowed it down to a few different habits you can choose as your trigger.

When you set your intention for the new habit you plan to create, it will look something like this:

Here are habit stacking examples that may give you some inspiration:

Once you’ve creating a new, consistent habit using the habit stacking method, you can start adding on more habits. When you do this, you’re creating what is called a “habit staircase”.

Let’s use a morning routine as an example.

You have created what is called a habit staircase.

And the great news about the habit staircase is that once you’ve created a consistent habit, you can stack as many new habits onto that staircase as you want, as long as you master one before moving onto the next habit.

Here’s an example of what the advanced morning routine in our habit staircase example might look like:

I know the concept of habit stacking seems simple. And believe me, it is. But as you know, most things are easier said than done. Here are a few extra tips to help you get started with habit stacking:

Even if you don’t realize it, habits literally make up our entire day.

Trying to create healthy habits can seem super overwhelming. And more often than not, we end up giving up pretty quickly.

That’s why I was SO excited when I discovered the book Atomic Habits and the concept of habit stacking.

I know this technique will help you with developing habits as much as it has helped me! I can’t wait to hear what new habits you’ve created with using habit stacking!