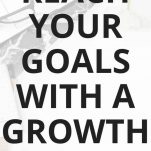 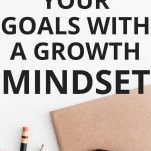 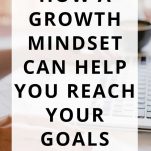 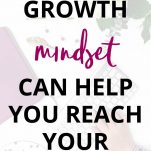 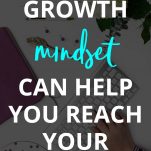 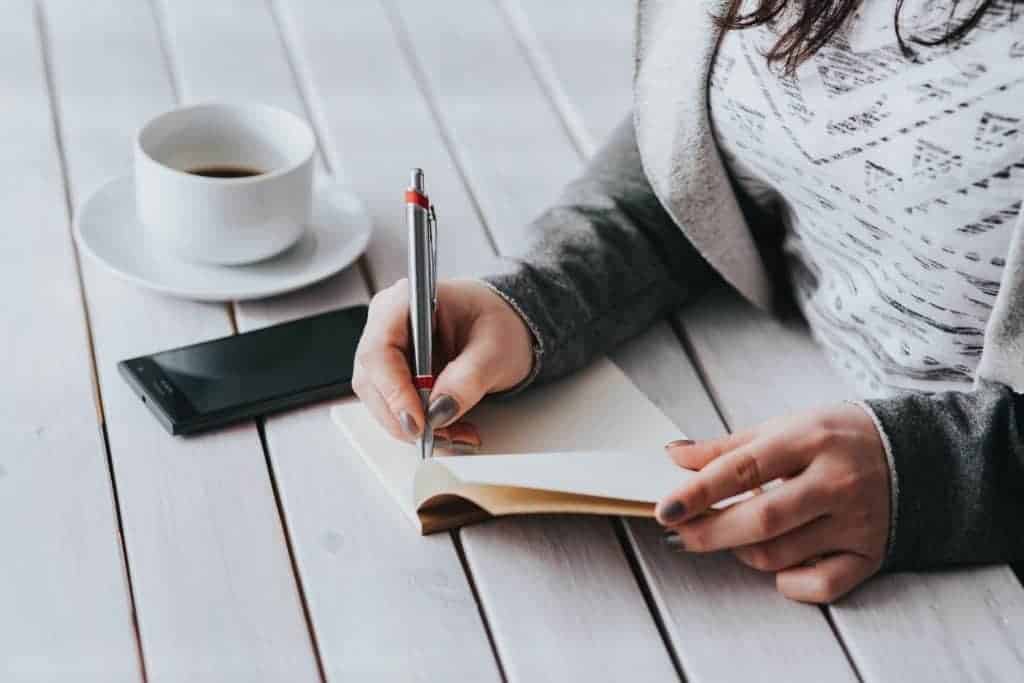 You’ve probably heard this quote by Henry Ford before. Turns out he was really onto something.

There’s been a lot of research to look into how our mindset impacts our level of success and it turns out, it’s pretty darn important.

The concept of a growth mindset vs. a fixed mindset was developed by a psychologist named Carol Dweck in her book Mindset: The New Psychology of Success.

The gist of it is that your mindset determines whether you’ll even attempt to take on new challenges, and therefore how successful you’ll be down the road.

This definitely got my attention, because I know I definitely have some limiting beliefs for myself at times.

How a Growth Mindset Can Help You to Reach Your Goals

Those with a growth mindset believe that skills and intelligence can be developed. This mindset pushed people to embrace challenges and learning opportunities because they see them as the road to success and personal development.

Because of this, people with a growth mindset are ultimately more likely to be successful and surpass their current level of achievement.

Those with a fixed mindset are more likely to believe that skills and intelligence are static and can’t be changed. They believe that what they’re good at now is all they’ll ever be good at.

Because of this, people with a fixed mindset are likely to only take on tasks that will reaffirm their abilities. In other words, they only reach for goals they know they’ll reach.

They generally aren’t going to push themselves to take on new challenges or learn new skills. They just think it can’t be done!

And in the long-run, this really limits their success in life.

Benefits of a Growth Mindset

Now that you know the difference between a fixed mindset and growth mindset (and hopefully have figured out which you have), let’s talk about some of the benefits of having a growth mindset.

People with a growth mindset are excited to learn. They know that the knowledge and abilities they have are NOT finite, and they can continue to grow as individuals throughout their entire lives.

Because of this, those with a growth mindset will be more likely to seek out learning opportunities to learn more and become more successful.

You Can Thrive in Tough Times

People with a growth mindset, however, will be more optimistic. They’ll be more persistent and embrace the challenge ahead of them. And they’ll take the lessons of their current situation and use those to be more successful and make different choices in the future.

You Look At Failure Differently

When you fall short of reaching a goal, do you call it a failure and quit?

Or do you take the information and experience you’ve gained from that failure and approach the same goal in a different way?

If the first sentence sounded like you, then you’re probably hanging onto a fixed mindset right now.

People with a growth mindset look at failure as an opportunity and a lesson. If you fall short of a goal, you haven’t failed! You just haven’t reached your goal yet.

People with a growth mindset take note of where they fell short, and they fix those things the next time around.

The important part is that they don’t quit just because things didn’t go perfectly the first time around.

You’re Ready For a Challenge

When Dweck was doing research on fixed vs. growth mindset, she worked with children to try to identify the two mindsets from a young age. They did this by offering four-year-olds a choice of puzzles to complete.

Those with a fixed mindset continually chose easy puzzles they knew they could complete. Those with a growth mindset chose puzzles that would challenge them, even if they ultimately weren’t able to complete them.

If you’re really focused on personal development, learn to face challenges with a growth mindset.

How to Develop a Growth Mindset

Now that you know the benefits of having a growth mindset, you’re probably thinking, “how the heck do I get one??” Even if you’ve had a fixed mindset your entire life, you CAN develop a growth mindset!

What beliefs do you have that have been holding you back? Here are some examples of limiting beliefs you might have:

I know you’ve had limiting beliefs. I can literally think of limiting beliefs I’ve had in the last couple of days. But I noticed them for what they are, and that’s the important thing!

When you feel that fixed mindset and limiting beliefs creeping in argue back with a growth mindset.

Seriously, don’t take no for an answer!

For example, if you fall short of reaching a goal, you might convince yourself that you’ve failed and aren’t capable of reaching that goal. Instead, fight back and tell yourself you haven’t reached your goal YET – there’s still time!

If you’re striving for a goal and your fixed mindset convince you that you’ll fail, fight back! Remind yourself that you will definitely fail if you don’t try. And if you do fall short, it isn’t a failure. It’s a learning experience. And the next time you try for that goal you’ll have an even better shot because you’ll be armed with more information and more experience.

Even if you achieve that growth mindset you’ve been striving for, self-awareness is important to help you KEEP your growth mindset.

Continue to push yourself to embrace learning, embrace challenges, and even embrace failure because of lessons you gain from it.

So many of us think about how our skills and knowledge might impact what we can achieve. We don’t even think of the role that mindset plays!

But in fact, your mindset is even more important than your skills or knowledge!

As I’ve said, having a growth mindset is something I’ve struggled with. I definitely don’t approach every challenge with optimism.

Literally just the other day I was telling my boyfriend that I was convinced we weren’t going to reach a big goal we’ve been striving for. That’s why self-awareness is SO important! I can’t just let that fixed mindset win because I’ll end up giving up on my goal!

I hope you’ll use the lessons in this post to take a look at your own mindset and identify areas where a fixed mindset and limiting beliefs are holding you back.

Then you just need to keep fighting back until that growth mindset wins! 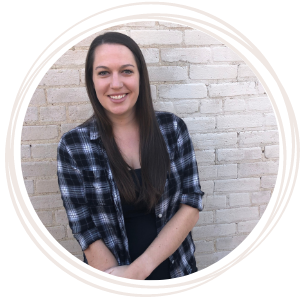